Maths has an adverse role in every sector, whether it is about technologies or business start-ups. Every area includes an adequate amount of maths in it. Similarly, discrete maths is one of the important kinds of mathematics used in computer science. And it is because of its usage for investigation purposes of different things.

To learn and explore computer functionality, it is necessary to understand the basics of computer science and information technology. This is only possible if you have a clear understanding of topics such as sets, relations and functions, graph theory, and logic. And these topics are covered in discrete maths. 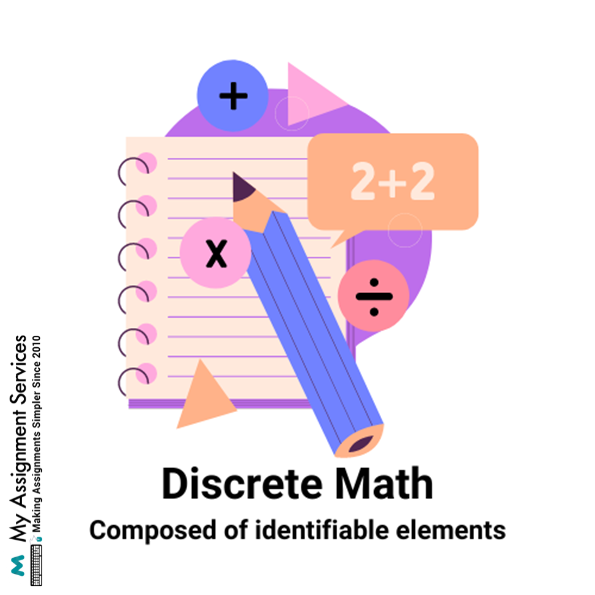 What is the Importance of Discrete Maths?

Well, it's already well-known that discrete maths has tremendous applications in the day-to-day lives of people. And not only students, but every person in the tech world needs the branch of mathematics that is discrete maths, and especially students need to be taught to have a clear basic understanding for future goals.

Hence here are the most significant branches of discrete maths which have a significant role in computer science:

Some Important Topics in Discrete Maths

Set theory is the first major subject that has been a part of discrete mathematics. It is the study of the gathering of discrete objects, their characteristics, and their mathematical operations. And this is known as the "Set theory." Set theory has a significant role in the fields of technology and computer science. It provides a formal initiative for working with collections. The set theory includes the following topics:

Number theory is one of the booming subjects of discrete mathematics which can be used in the crypto world. Online security is becoming a huge topic of worry because the whole globe has connected to the internet. To conquer this big issue, cryptography has played a great role. And it is a discipline of computer science that has its focuses on the study of techniques used to safeguard everyone's data.

The security algorithms make use of a subject that is number theory. And it is the study of characteristics and number relations. Hence, number theory plays a great deal in cryptography and its implementations.

A series of numbers can be used to denote a wide range of ideas or thoughts. It can be related to anything, from different ways to arrange books on a shelf to trying to simulate the population of rabbits in a forest. This study relates to how to make an organization of sequences, which is dealt with in the fields of combinatorics and recurrence relations.

On the other hand, combinatorics is a field of mathematics that explores different techniques for computing the number of approaches by which objects may be called. A recurrence relation exists when a number in a specific sequence can be associated with the previously used numbers in the same sequence. Recurrence relations investigate the approach to defining and solving recurrence relations.

The binary number system has evolved in this era and has made a major contribution to computer science and the tech world. The great Hindu mathematicians established the standard number system that everyone is familiar with many years ago. It is so convenient as it is made of only ten digits, which is a number system of base-10 and is commonly known as the decimal number system. This number system is thought to be made specially to take into consideration machines and computers.

And similarly, to the perspective of computer machines, a binary system has also been introduced. For example, a switch has only one of two distinct states. A switch has either "on" or "off," which means that computer machines only have two "ways". Hence, it has created the scope for developing the number system of base 2. This is also commonly known as a binary number system. 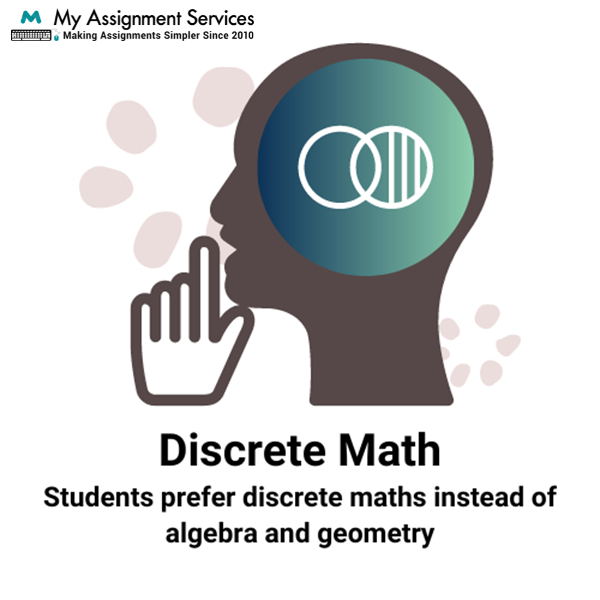 Why is Discrete Math So Popular?

After discussing the areas included in discrete maths it should be necessary to know the actual reason why it is so popular and why it is gaining so much attention in the real world. Hence, these are the reasons for the popularity of discrete mathematics.

Discrete math, with the collaboration of calculus and abstract algebra, created a major component for undergraduate tech students. There is a necessity for students who are seeking a career mainly in computer science. If they have learned a substantial part of discrete math before approaching college, then there will be a huge benefit when pursuing undergraduate-level math courses.

In the computer science and IT worlds, the whole curriculum is nearly entirely based on discrete math. Some concepts, such as combinatorics and graph theory, are very important in the IT sector. This concludes that students will require a deep grounding and a clear understanding of these topics. It should be done to grasp the fundamental logic and algorithms utilized by computer programmers.

Maths is not a subject that deals with theoretical concepts or do not deal with practical implementation. It's a big myth among all people. Hence, it is a branch that has enormous real-world implementations and applications based on real-world culturing data. Discrete math appears in the majority of middle and high school math competitions.

Algebra is another area of mathematics that is sometimes taught as a sequence of formulae, logic, and algorithms for students to learn, whereas geometry is something frequently taught as a series of definitions, theorems, and proof exercises. Discrete mathematics requires students to explore their inner ability to think freely and imaginatively in a straight direction.

In the end, many students find algebra, geometry, and even calculus uninteresting. But the case is the opposite in the real world. Because if you ask students about their favourite topic in between "combinatorics" or "number theory." Most answers will be discrete math over algebra or geometry. Hence, discrete mathematics is much preferable.

Are You Stuck with Discrete Math Assignment?

Scholars and university students always find discrete math one of the toughest subjects in computer science engineering. However, it is really among the trickiest subjects that require an extensive level of intellectual ability. That's why My Assignment Services provides 24*7 math assignment help in Canada from engineering and mathematics experts. Our subject specialists not only complete their assignments but also help students with learning and guidance. The experts are well-versed in discrete math as well as all other engineering mathematics subjects or topics. Through one-to-one sessions, they can guide you in completing your problems with ease. Fill out the form to connect with one of our experts and ask them, 'can you help me do my math assignment?'.

How to Ace Critique Writing?

Which are The Best Paraphrasing Tools for Writing a Master’s Thesis?